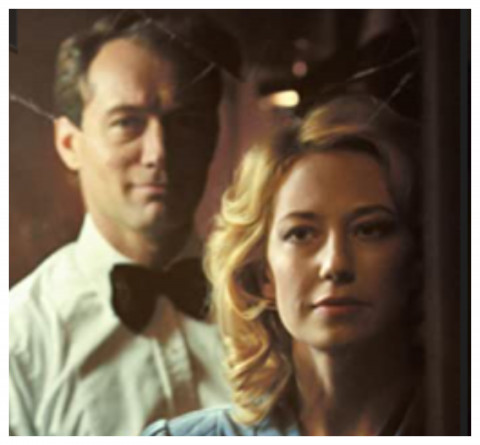 The Nest is a film I’ve been excited about watching for a while. It’s directed by Sean Durkin, whose arthouse movie Martha Marcy May Marlene (2011), about a girl having escaped from and trying to recover from immersion in a cult, effectively helped launch the career of the mesmerizing Elizabeth Olson and is one of my favourite indies. The Nest is a slicker, bigger budget affair but the psychological menace reappears in its own distinct way. Instead of the claustrophobia of a cult cut up into non-linear reflections and refractions as in Martha Macy May Marlene, we have a trans-Atlantic crossing from an idyllic U.S. setting into a Gothic fairytale. The film transposes us and the family in the film to a mansion in a brooding English countryside, and its fragmentary, isolating impact operates to the destabilizing backdrop of the late 1980s of the Thatcher-Reagan years. Capitalism and heteronormativity intertwine to strangle a seemingly happy family: the husband Rory, played by Jude Law, is increasingly revealed as a bullshitter and a bluffer whose self-esteem comes from being the ostentatious provider for his family; the wife Allison, played brilliantly by Carrie Coon, provides the Female Gaze and participative witness trying to keep it together as things begin to fall apart. The strains of violins increasingly signify a family pushed to breaking point, but also the illusory quality of a marriage exposed for its transactional nature, in a Thatcherite world where transactions are rarely to be trusted.

I took the atmospheric, cracked mirror vibe with me when I left the cinema. Stepping out into warm sunshine, I craved the shaded sanctuary of my home and wanted no one to look at me: I can’t remember ever feeling such dysphoria after a film before. I’ve missed visiting the cinema these past few years, I realize, with much of my transitioning previouslyt taking place in dark auditoriums while I fixed vampire-like on flows of empathy to help make sense of my upheaval. Yet watching a film by an indie director is also a dangerous game, it seems, when you’re empathizing with the perpetrators and victims of a sham social order, and I left their world to one that hardly seems more stable. 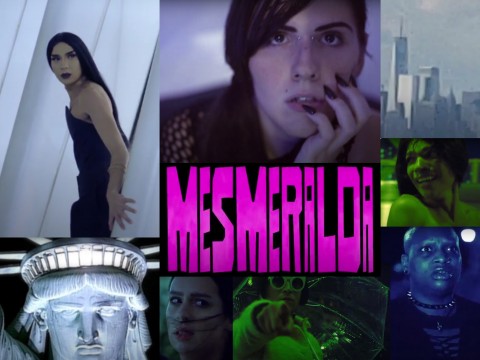 Joshua Matteo's short film, Mesmeralda, merging horror with esoterica, is now out on youtube. As with his previous work Metanoia, we see youthful trans actors racing through the empty streets of a moonlit New York, haunted by symbols and stalked by a masked figure of violent intentions. Mesmeralda, as described by Matteo, is the companion piec...
Continue reading
0 Comments
0 Comments 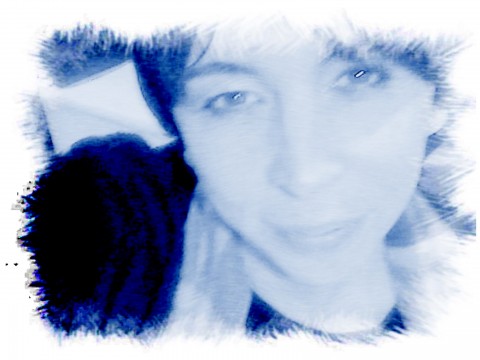 Sterile like the moon: the joys of transgender healthcare Summer, 2016: Gina's Big Bang, as transitioning begins A bureaucratic question in a sun-lit room. My medical practitioner asks me if I intend to have children. The question lingers, but the self-loathing is instant. No, I won't be having children. The practitioner nods. She moves on to the n...
Continue reading
0 Comments
0 Comments 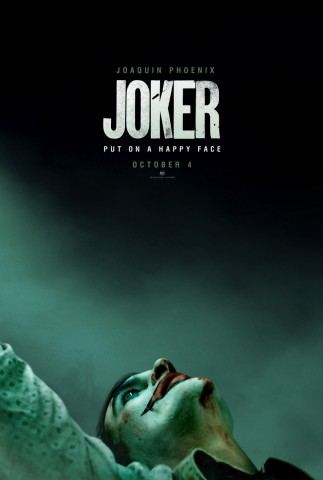 Joker The trailer did its work, flashing images of anomie and fury perfectly pitched for these unstable times of precarious working conditions, grievance and institutional indifference. For these same reasons, Joker, directed by Todd Phillips and starring Joaquin Phoenix as the protagonist, has attracted pre-release criticisms like few other recent...
Continue reading
0 Comments
0 Comments 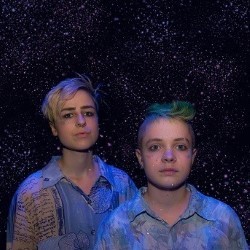 Transgender Dance: Sound Cistem It starts with a heartbeat, the dancer-directors Lizzie and Ayden in slow-motion entry, setting the scene of a nightclub featuring two young transgender bodies who are in fact multiple. Sound Cistem is theatrical dance set to a series of pulsing, dance-floor rhythms and the voices of several trans interviewees projec...
Continue reading
0 Comments
0 Comments 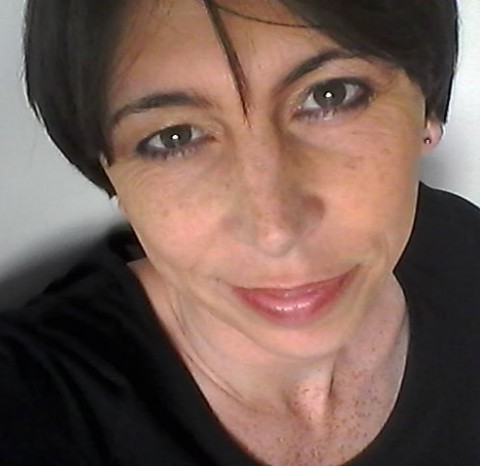 While transphobes got more hateful, I became more freckly Written weeks after the conference Transgender: Intersectional/International There's nothing good to say, even the films I enjoyed watching this past week, Midsommar and Apollo 11, I've lost the Sunday will to write. Perhaps Brexit Britain will become like the village cult in Midsommar, burn...
Continue reading
0 Comments
0 Comments 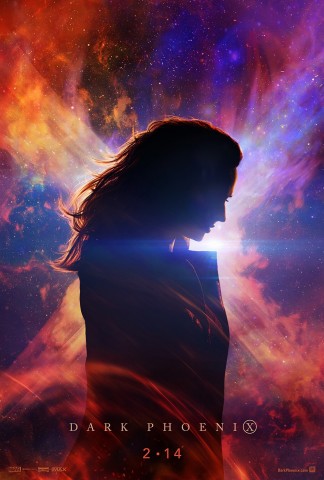 Three fantasy movies within three days: X Men: Dark Phoenix; John Wick: Chapter 3 – Parabellum; Godzilla: King of the Monsters The Lacanian feminist Kaja Silverman says about cinema, we go because we need the affirmation, to see the things we hope to see and fail to see in the real world. In Lacanian-speak, Silverman says we go because 'the desire ...
Continue reading
0 Comments
0 Comments 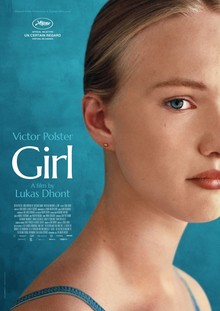 It's a film I watched weeks ago, uncertain that I wanted to review it, the gruesome, horrific ending overshadowing anything positive I was able to take from it. Girl (2019), a Belgian production directed by Lukas Dhont is apparently inspired by the life of contemporary dancer Nora Monsecour. It's a film I had hopes for, really wanted to like, and i...
Continue reading
0 Comments
0 Comments 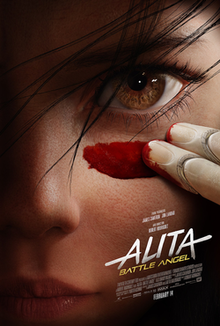 Alita: Battle Angel A week has gone since I watched Alita: Battle Angel. It's a film that left me feeling similar emotions to the cyborg-driven techno-fireworks in Ghost in the Shell (2018), the emotion of 'almost.' Visually, there's a lavish sci-fi splendour to the film, bearing the wonders you desire in a mixture of escapist sci-fi and fantasy: c...
Continue reading
0 Comments
0 Comments 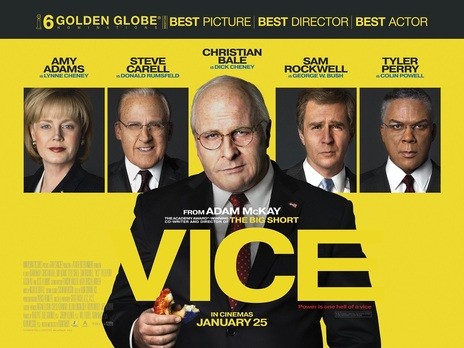 Vice A lukewarm reaction from critic Mark Kermode and a condemnation from political writer Simon Jenkins are a strange way to start this review of the Dick Cheney biopic Vice, given that I really enjoyed it. Jenkins's is peculiar, believing it reduced the U.S. invasion of Iraq to the work of a few shady men in the U.S. administration. But wasn't it...
Continue reading
0 Comments
0 Comments 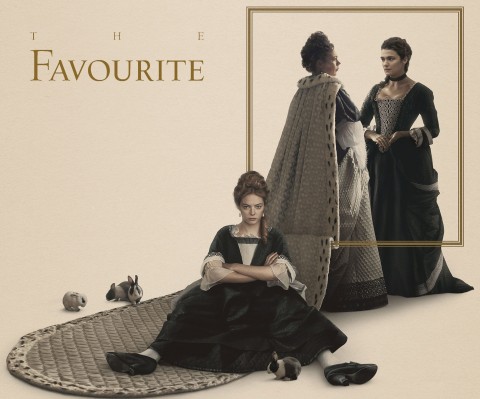 If playwright Harold Pinter does brilliant depictions of the menace and impotence of male experience within patriarchy, then this film, Yorgos Lanthimos's The Favourite, produces a stunning equivalent of female power games in a dog-eat-dog world. This felt like a 'woman' film, where boy-meets-girl romance is simply – and peripherally – a means to a...
Continue reading
0 Comments
0 Comments 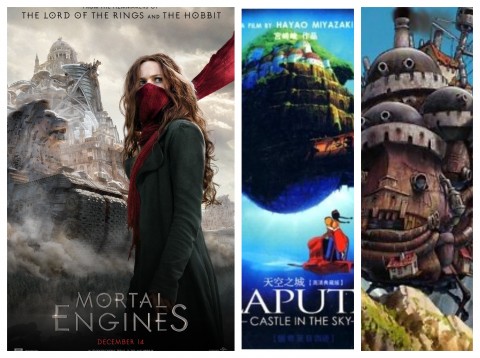 Mortal Engines If the anime films of Studio Ghibli and writer/artist Hayao Miyazaki were to be turned into live action movies, they would look like this. Steam punk machines, whirring aircraft and zeppelins, with utopian valleys and dystopian wastelands sharing screen time, reminding us of how one can turn into the other through the rapacious consu...
Continue reading
0 Comments
0 Comments 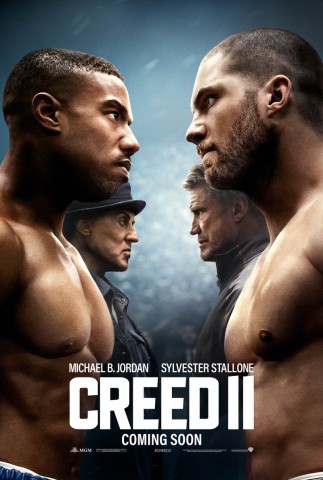 Creed 2 I remember Rocky IV in the mid-1980s, at the peak of Reagan's (and Donald Trump's) America. It's a film so mesmerizingly patriotic to American exceptionalism, the boxer 'Italian Stallion' Rocky Balboa as the plucky underdog, avenging the brutal death of his friend Apollo Creed by taking on the steroid-abusing giant who killed said friend in...
Continue reading
0 Comments
0 Comments 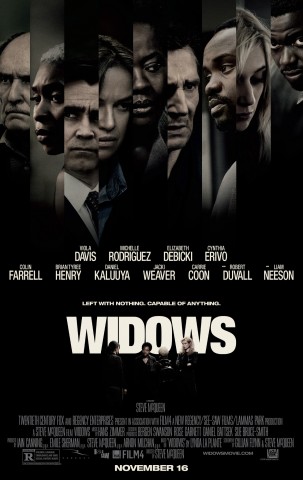 Widows A taut, stylish heist movie spotlighting destinies of gender and race in the U.S., Widows is the kind of movie I'd forgotten they still make for adults. Contrasted with multiverse fantasies like Crimes of Grindelwald, Widows is proof you can have several characters as vivid, substantial, and delicately drawn, while the action and the tension...
Continue reading
0 Comments
0 Comments 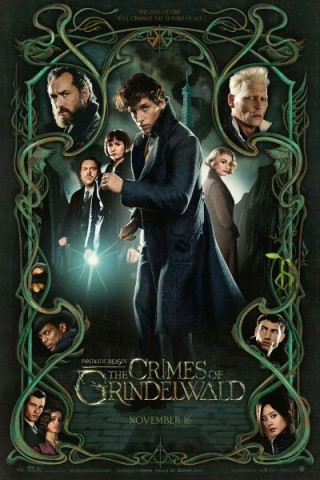 The Crimes of Grindelwald A curious film, one to categorize under 'part of a series' than self-contained. But you sit down to these 'multiverse' sagas from Marvel and Warner Bros. (et al) expecting the cliff-hanger concept that really belongs to TV shows. With this expectation, I entered the dark cinema an intrepid explorer like Eddie Redmayne's Ne...
Continue reading
0 Comments
0 Comments 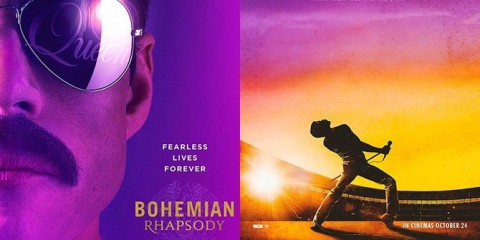 Bohemian Rhapsody It's received so-so reviews, a biopic imbued with a trashy, karaoke lack of quality. But I quite like Bohemian Rhapsody. The star turn by Rami Malek as the iconic Freddie Mercury is on the nose, projecting talent, swagger and vulnerability. His loneliness as his marriage ends is poignant, with the other band members settling down ...
Continue reading
0 Comments
0 Comments 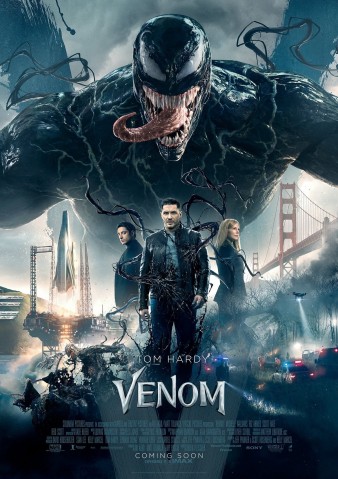 The trailer for this film was not encouraging: Tom Hardy becoming host to a slimy parasitic alien of fangs and giant tongue, with blank membrane eyes. The hero turned into unsettling CGI nightmare: is this really what I wanted for my hero? After the event, I can say that the film is better than the trailer, and progressively has its giant, sli...
Continue reading
0 Comments
0 Comments 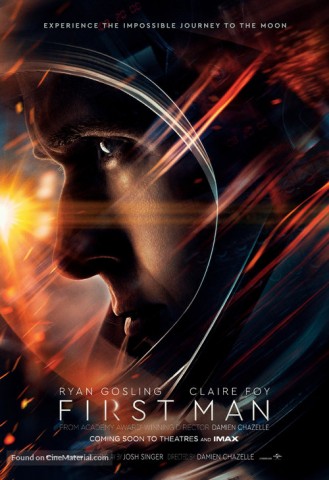 First Man In an age of flag-waving white power, this film could have been a Trumpian Triumph of the Will, a paean to American greatness. But in focusing on Neil Armstrong (played by Ryan Gosling), his associates and his family, First Man is a curious thing: a gaze at the tree, rather than the forest, in a way that feels substantial. From the b...
Continue reading
0 Comments
0 Comments 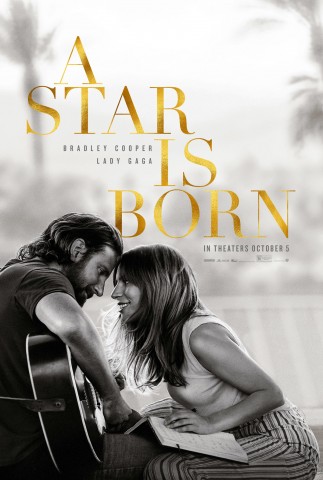 A Star Is Born Before the film review, my background focus on its star. I love the work of Lady Gaga, up to and including the fluorescent brilliance of her album Artpop (2013). It coincided with an important period in my life, a year of upheaval when I realized I wouldn't live to please the norms of others anymore. Gaga's album was a sci-fi or...
Continue reading
0 Comments
0 Comments 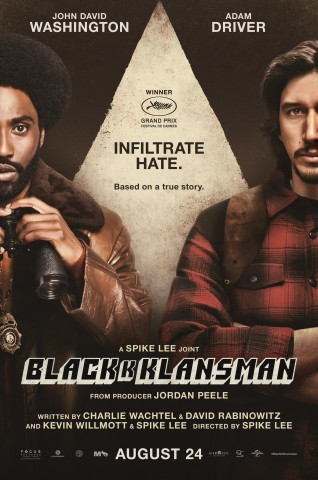 BlacKkKlansman In an age of the absence of subtlety, BlacKkKlansman is arguably the perfect movie to tackle the issue of racism in America. It presents a black-and-white world of good versus evil, of racism and its opposite, in a clear-cut binary relationship. The cops – with one clear exception – are reasonable, anti-racist people, while the...
Continue reading
0 Comments
0 Comments
Previous     Next
1 2 3 4 5 6