My post-op self: happy, healthy and smiling

It feels like something of a taboo for a trans woman to talk about her surgery. But recently, I've seen a lot of negative stories on Twitter about transgender surgeries, with at least one detransitioner campaigning to ban trans people from having surgery, saying it's life-ruining. I'd like to provide a different narrative - my own, personal narrative - about the surgery I had last February, just over four months ago, and which is one of the best decisions I have ever made.

For the benefit of those who may not know what surgery I'm talking about, I'm referring to 'vaginoplasty' (reconstructing my genitalia as a vulva, including a vagina). It's described variously as gender reassignment or gender confirmation or bottom surgery, but for the purposes of this blog I'll use the term that's meant to be pejorative: sex change. Partly this is in tribute to our wonderful media and their framing of the surgery as 'sex-change op' - ever the populist, I will replicate the language here, in a kind of ironic tribute. Also, ‘sex-change’ is quite a dramatically retro term, like ‘transsexual,’ or 'BMX bikes,' they're terms I grew up with in the 1980s and 90s, from the non-halcyon era of Rupert Murdoch and the tabloidization of the British media in which the British public discourse coarsened (though we did have good bikes). Also, I know gender-critical feminism doesn’t believe a person can change sex, so I think it’s a fun term to use on this count too, a political one that’s provocative.

On the subject of my experience of 'changing sex,' I want to elaborate here that as someone who went on female hormones in 2016, then came off them from the end of 2019 (on medical advice), before going back on them at the end of 2020, I’ve experienced the real-world impact of a mode of female puberty, that led to a degree of menopause followed by a second male-puberty, then a second degree of female puberty again as I finally returned to oestrogen. Through biological changes, I’ve experienced the real-world impact of what it is to pass and not pass, to attract male threats or avoid them, I've felt the menopausal hot flushes and the raging of testosterone. These are significant biological changes with huge social and psychological implications – life and death implications, employment and unemployement implications, violent/non-violent implications. Do I think it’s possible to change sex? Not in an absolute way, but partially, yes, and if I was once male-bodied, I’m now trans-female bodied. From the impact of different hormones on my psychology and body, to the social impact on your appearance, the difference is life-changing.

I digress. Last week a detransitioner called Ritchie Herron went public in the British press about his regret having the ‘sex-change op’ and has suggested the whole procedure be reviewed. I want to say immediately that if Herron is a victim of a bad surgery - he complains in the interview with the Daily Mail that it takes him ten painful minutes when urinating - then he has my sympathy. However, Herron’s claims of being fast-tracked by the medical authorities appear less convincing: it seems the process took him approx. 6 years (2012-2018, according to the story), from talking to doctors in his mid-20s to having the surgery at 31 years of age. In some ways the length of time mirrors my journey (and probably most people's journey), which also took several years from first appointment to the surgery. It is a long period of time, with lots of ups and downs, many periods for reflection, and plenty of opportunities to get off the ride if you so wish. In 2020 and for a period of months, also like Herron though for my own complex reasons, I considered detransitioning. But to then make the leap and actively campaign against trans rights and trans people's access to healthcare is not inevitable, and this is where my sympathy for Herron absolutely ends.

But I’m not here to attack Herron. I am here to defend the sex-change operation.

I had my surgery at the Nuffield Centre in Brighton. I was given a pleasant single room with ensuite shower room, plus a nice big TV with a movie channel that I bonded with. The nurses were fantastic, the food got progressively more edible day by day (only liquids and jellies for the first 2 or 3 days post-surgery, even by my lowly standards those early days were not the best, cuisine-wise).

I remember waking up from my surgery and everyone was smiling. I was on morphine so I guess I was smiling too. The doctor beamed at me, saying the surgery had gone well. I was wheeled back on my bed to my room, feeling no pain, though later I felt some potential pain approaching and asked for more morphine, which they gave and the pain went away. Apart from that first day, I don’t think I took any more morphine, though I was on ibuprofen for the rest of my 6-day stay. By day 6 I was walking around and was ready for the airport. When I got back to Edinburgh, of course I took things easy, but within days I stopped taking ibuprofen, as the pain just wasn't there. Over the course of a month or two, I steadily began going for my daily 1-hour walks round town. Now in June, I go for these walks every day, sometimes twice a day.

There are things to get used to. It can take months for your body to urinate properly, and I understand where Herron is coming from when he talks about hygiene and the smell, though things are getting better for me month by month. Strange fact: the smell of my urine has completely changed, it never used to smell of anything much, but since surgery it’s a mixture of a pungent meaty odour combined with burned rubber and sulphur. I’m kind of fascinated by the smell, I don’t know if it will last.

I like what the surgery did to me. I like my body a lot more now. There is plenty of evidence that trans people find greater happiness after transitioning, and I’d like to add my own experience to that. The surgery is one of the best things I ever did, and I’m proud of myself for having gone through with it.

I’d like to close this post by commenting on my accompanying photos. I like these post-op pictures of me because they reflect outwardly how I feel inside about my bodily changes, about who and what I am now: happy, healthy and smiling. 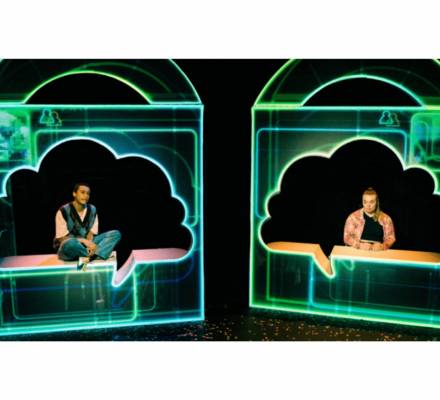 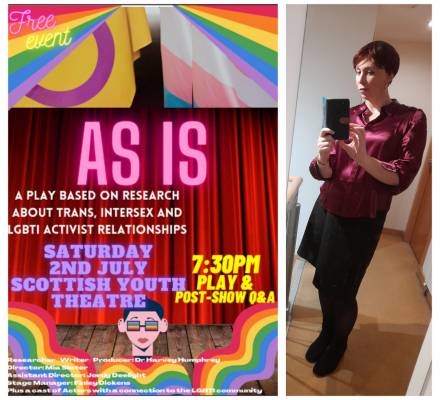 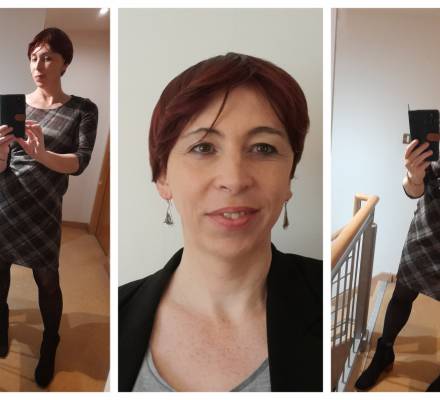